According to Chibcha legends, Bozica was a bearded man who came from the east. He taught the primitive Chibcha people ethical and moral norms and gave them a model by which to organize their states, with one spiritual and one secular leader.

Bozica also taught the people how to calculate the time and determine the dates for the harvest, how to build houses, weave cotton and agave produced terracotta pots, he taught them metalworking and other crafts before leaving for the west to live as an ascetic.

The legend says that at one point, when the Chibchas forsook the teachings of Bozica and turned to a life of excess, the savannah of Bogotá was flooded by Chibchacun (God of water). Bozica listened to the complaints of the Muiscas about the floods and came back on an rainbow to the Tequendama Region. There, with his cane he struck the rocks letting out the water. Thus forming the falls of Tequendama. He later condemned Chibchacun to hold the earth on his shoulders. It is said that when there is an earthquake it is because Chibchacun is changing the world from one shoulder to the other. 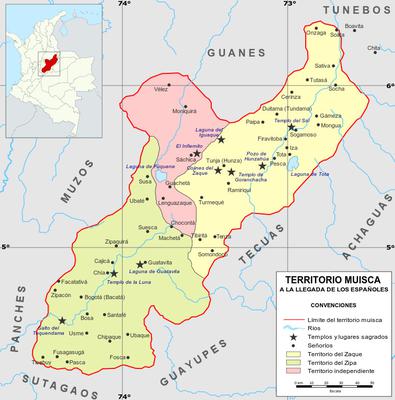 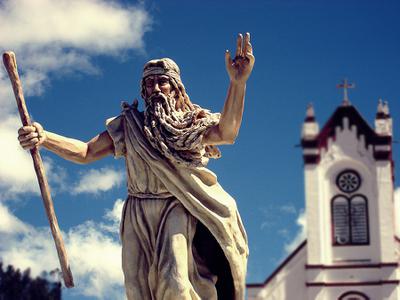 The text for this article was taken from different sources including: